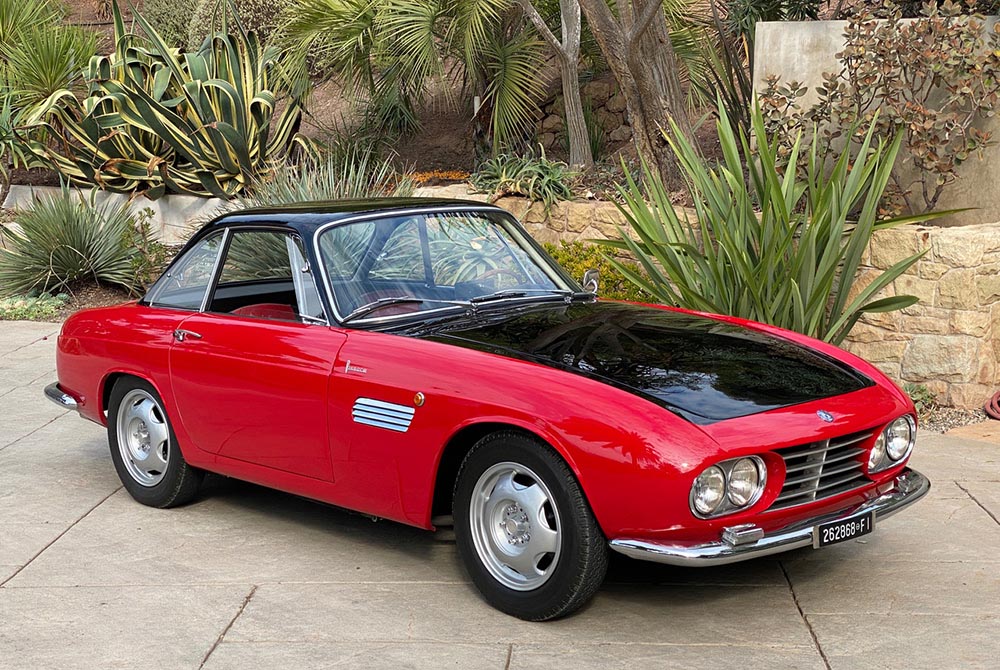 This 1964 OSCA(Officine Specializzate per la Costruzione Automobili Fratelli) is one of only 21 coupes made by the coach builder Fissore in Saligliano, Italy. The tubular chassis was manufactured by Gilco who also built frames for Ferrari and Maserati in the 60’s. It has independent suspension front and rear with disc brakes on all wheels.
The engine in this car is one of three that were produced to high performance specifications designed by Lampredi with dual Weber 42 carburetors making around 145 horsepower. The original wheels are magnesium from Campagnolo Amadori. It was originally owned by Salvatore Ferragamo Spa of Florence and it then resided in three collections prior to coming to California. The engine was recently rebuilt by Niederst Restorations and is now being broken in on the back roads around Santa Barbara. 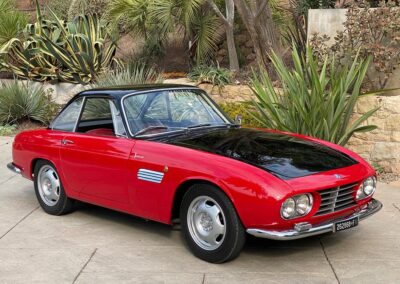 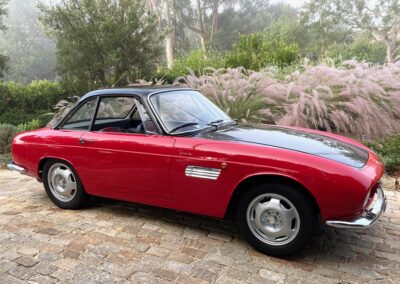 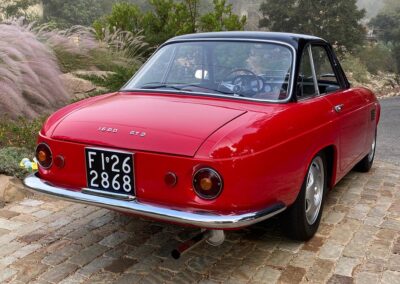 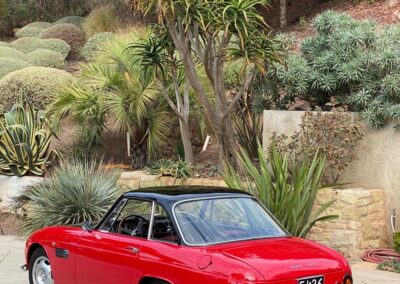 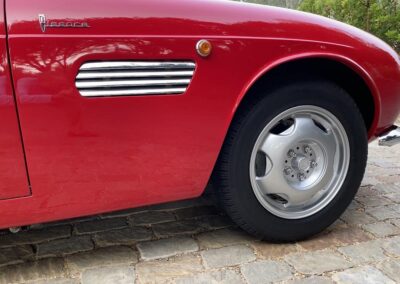 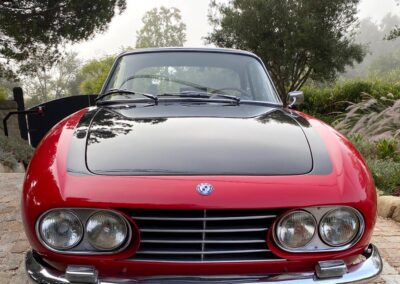 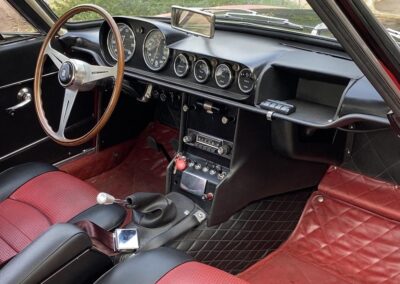 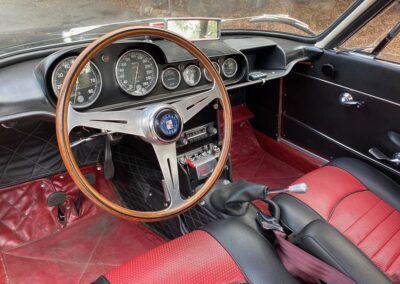 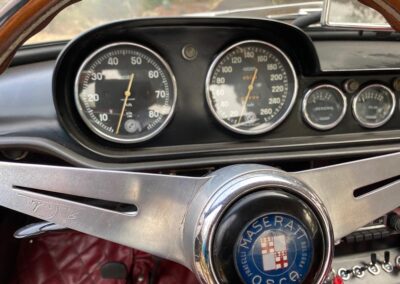 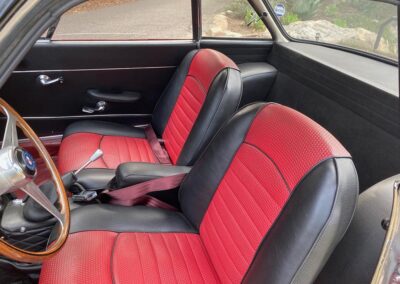 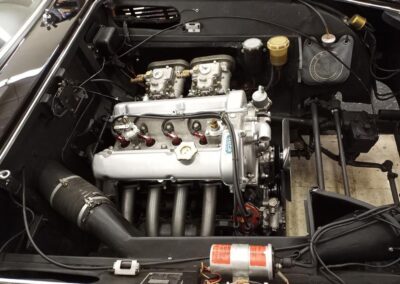 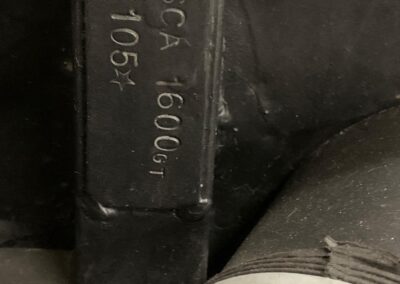 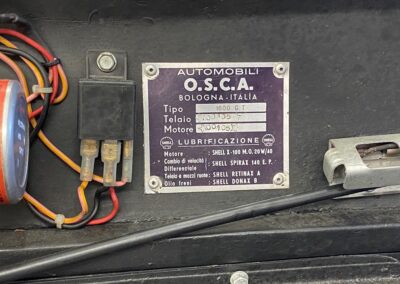