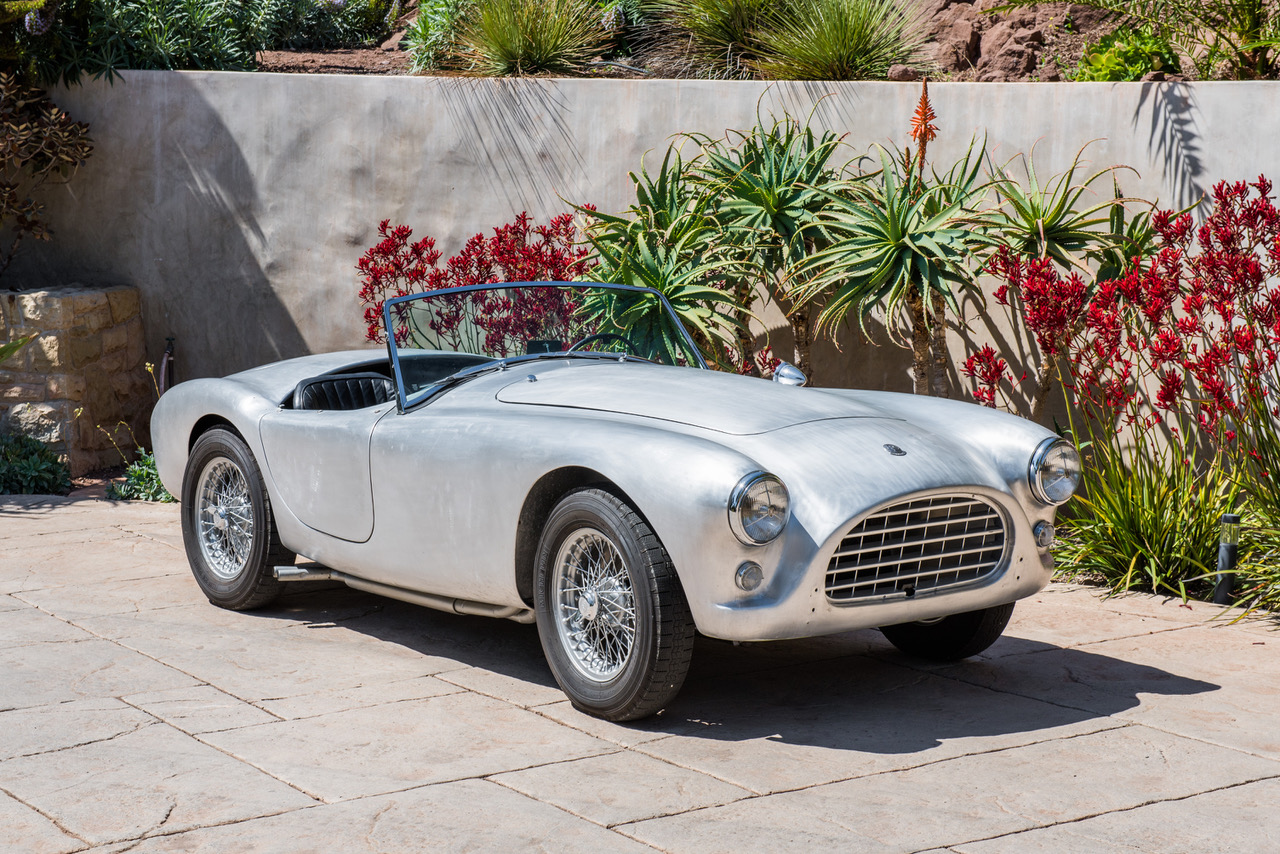 We recently did a full mechanical restoration on a very original California car that had been in storage over the last 40 years. The original body is bare aluminum in excellent condition with most of the original interior and the original engine and transmission. The car is fully sorted and is used on rallies and drives on the back roads around Santa Barbara. It is eligible for most events worldwide and would be a comfortable, reliable, and competitive ride.

Options on this car include:

1. Original soft with matching side curtains.

2. Original hardtop with matching side curtains

Base on letters from AC CARS, LTD, this car was manufactured June 8, 1959 and sold to Worldwide Imports in Los Angeles, CA.

In April 1961 it was sold to William A Faris, Sacramento, CA

In May of 1974, Jay Jacobs would purchase the Ace and keep it until purchased by Smiekel in October 2017.

The company, AC, was started in 1904 as Auto-Carriers and produced a number of sports and racing cars up until the start of World War II. The AC Ace was designed by John Tojeiro in 1953 and is similar to the Ferrari Barchetta of the same era. The Ace was a competitive racer that could be driven to the track, raced, and then driven home. In 1957 the Bristol engine was added and the car became even more powerful. In 1959 an Ace finished 7th overall at LeMans and 1st in the GT two liter class. 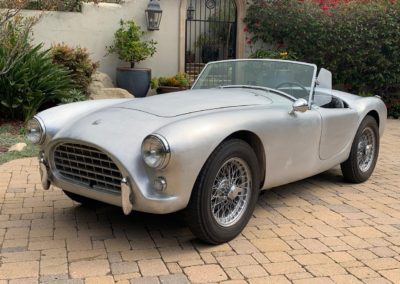 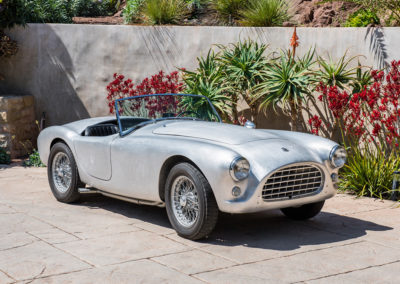 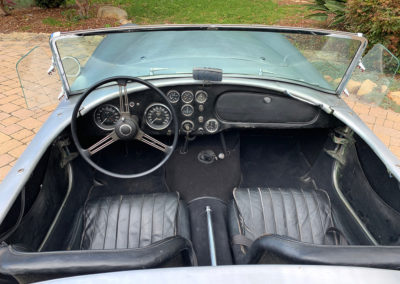 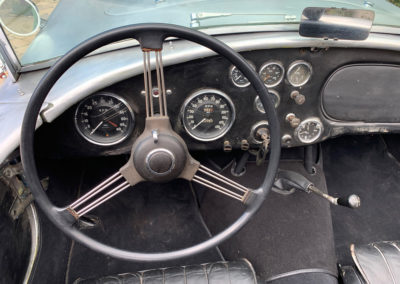 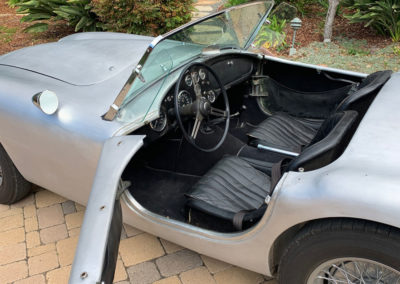 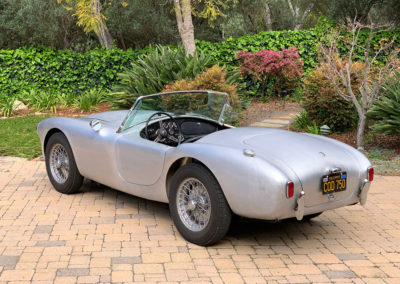 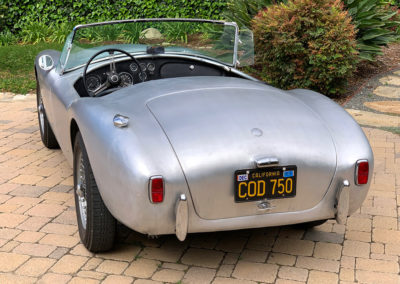 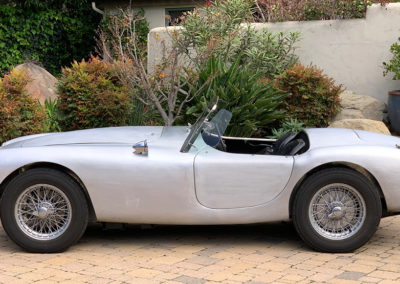 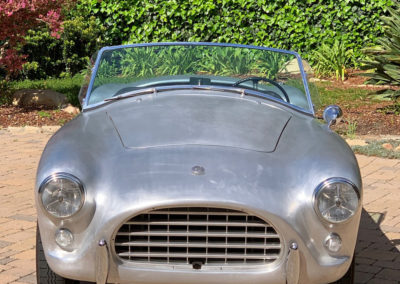 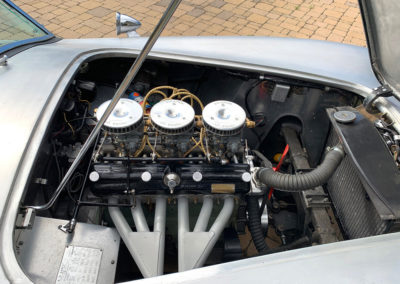 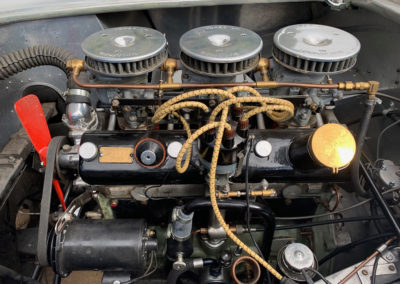 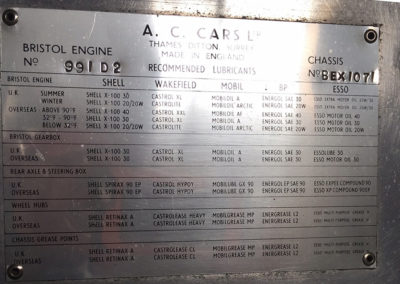 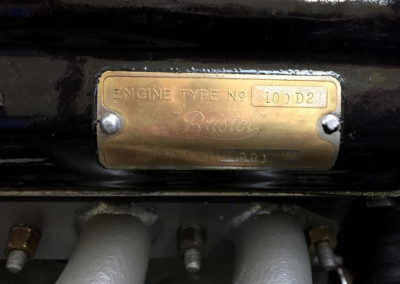 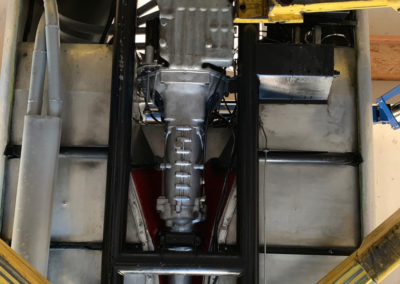 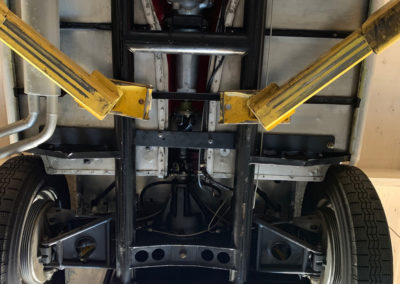 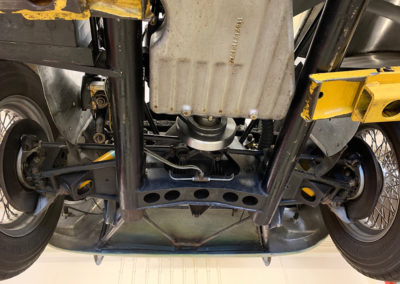 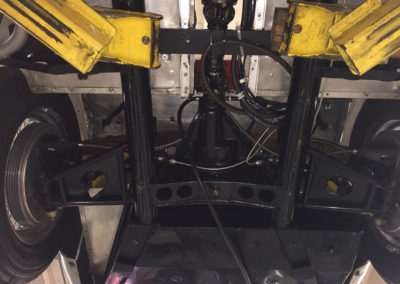 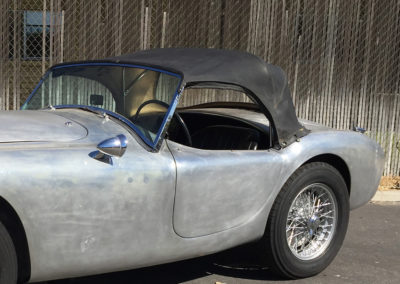 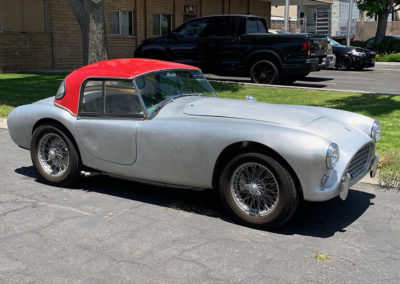 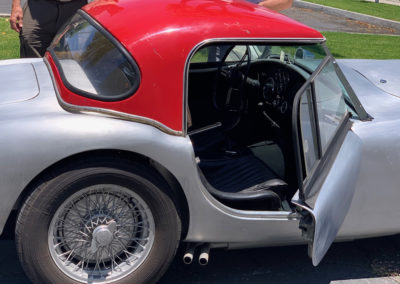 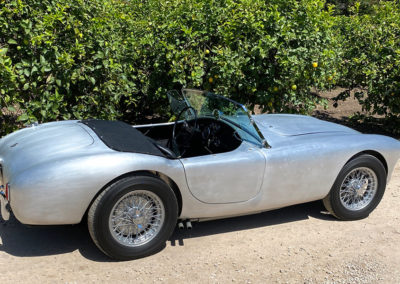 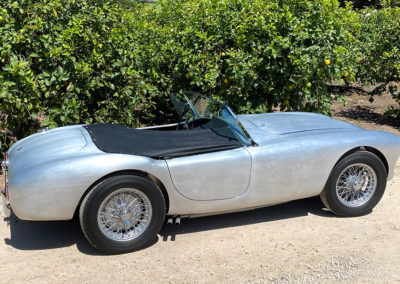 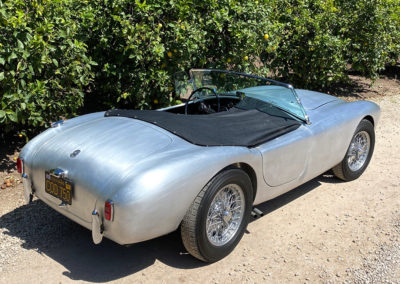 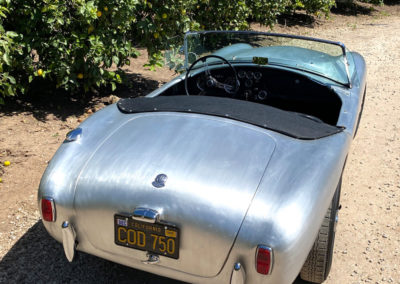 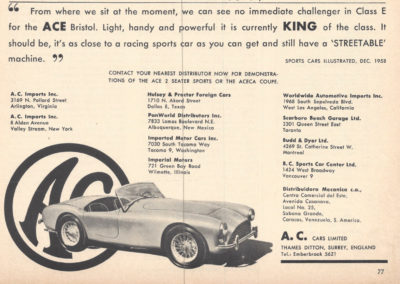