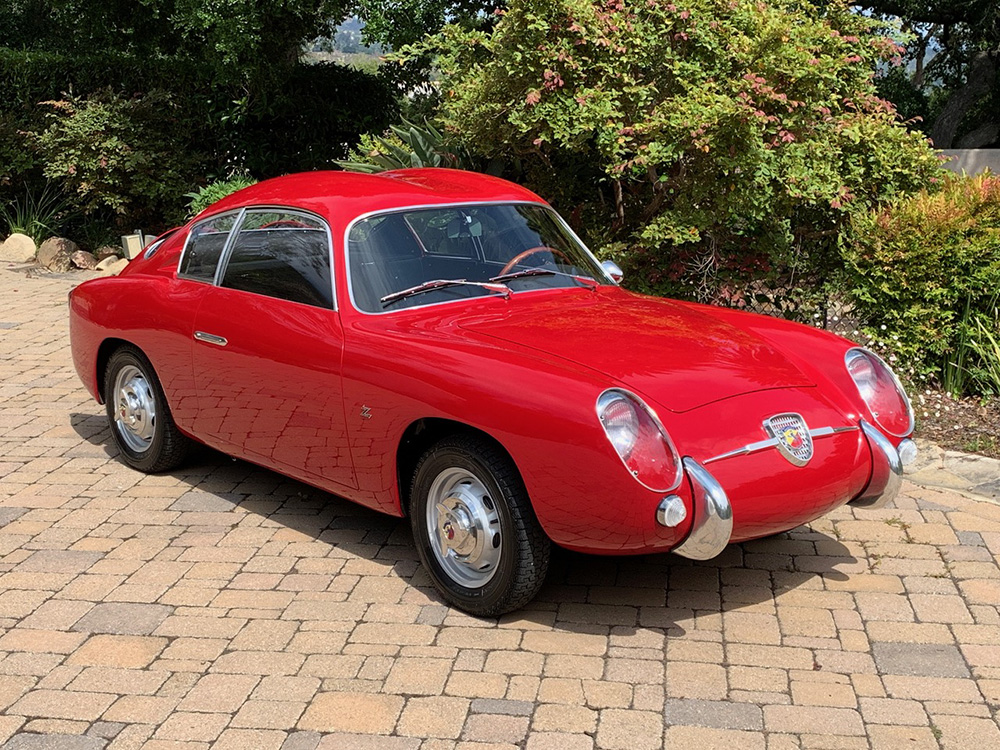 Approximately 20 ‘Double Bubble’  lightweight models were built by Abarth and most were lost over time as racers. This particular car was purchased from the original owner and still retains the original engine and transmission, undoubtably because most of it’s life was in storage. This Abarth was made in December of 1957 and Stan Goldstein purchased the it new in 1958 in Los Angles where it was being used by the dealer as demonstrator. He drove the car for years and even proposed to his wife in it! As life went on for Stan, the Abarth was retired to storage where it sat until 1994 when Stan trailered it to the Concours Italiano in Carmel and displayed it in bare metal. On and off for the next 25 years Stan worked on restoring #358847. I purchased it in 2015 and finished the restoration with Stan’s help and knowledge. Enough of the original red paint was left on the frame of the rear window for us to match the original color.

‘358847’ has several Abarth factory options which are rare and suggest a car set up for racing. It is a light weight model with plexiglass all around instead of glass; a small auxiliary radiator mounted under the car; a Nardi wood racing steering wheel; and a Mille Miglia tuned engine with racing cast aluminum air cleaner. There are no air intakes under the nose, small Marchal headlights, and early small tail lights. Zagato body numbers are on the doors, hood, trunk and most of the aluminum trim.

The seats have been redone in leather instead of the original vinyl and carpet installed instead of the Fiat rubber mat. We have also upgraded to electronic ignition and an alternator disguised as a period generator. The original engine has been professionally rebuilt with new pistons, valves, rods, etc, as seen in the restoration page. 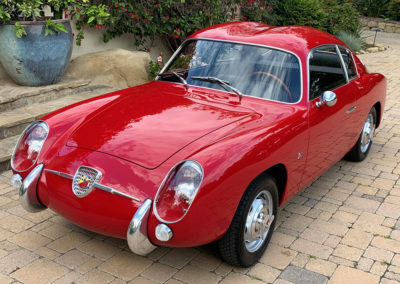 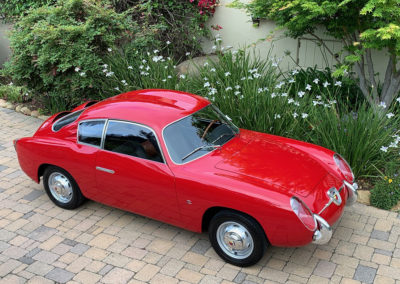 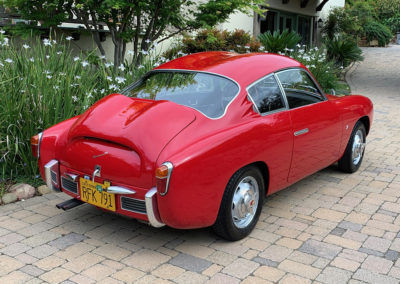 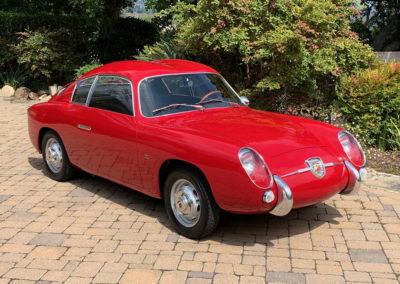 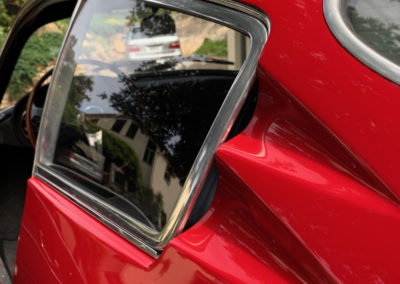 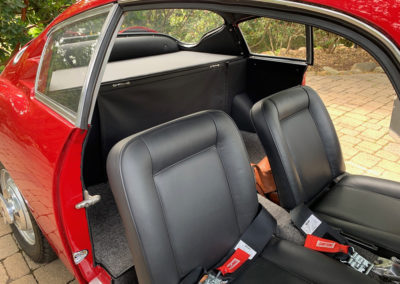 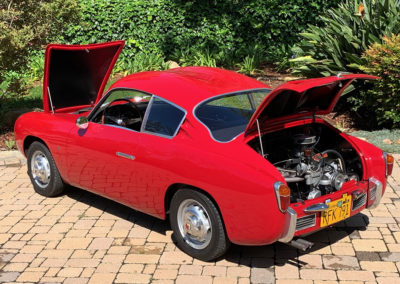 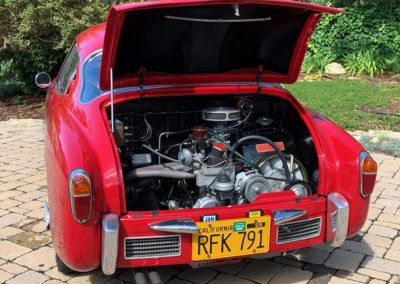 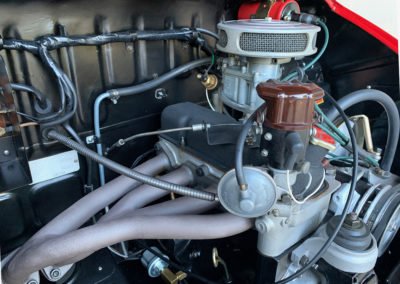 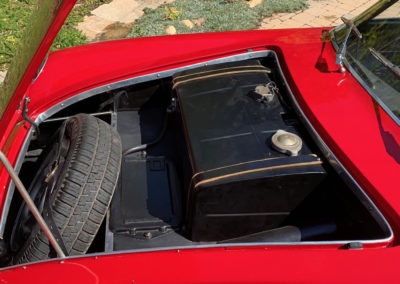 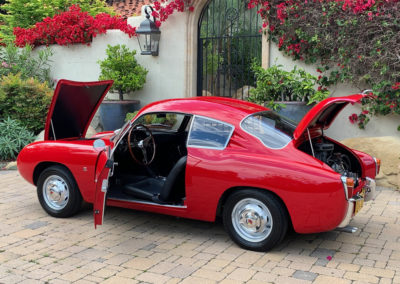 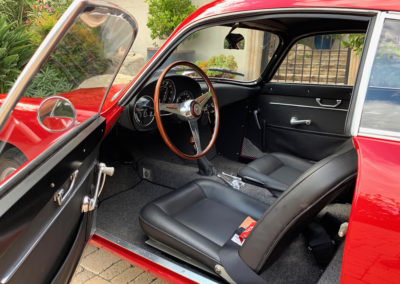 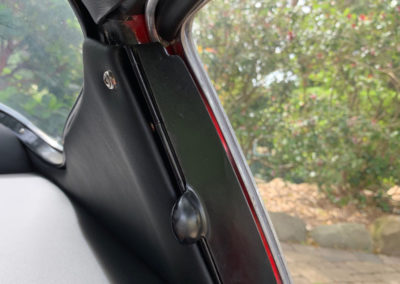 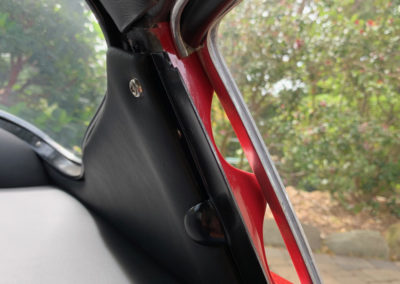 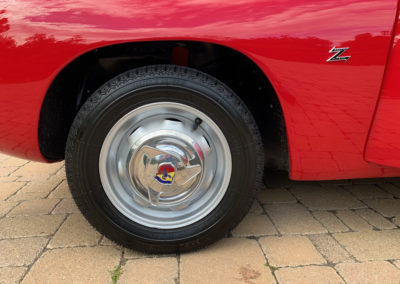 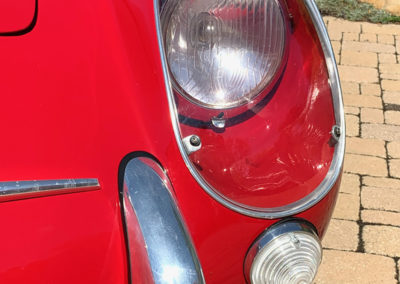 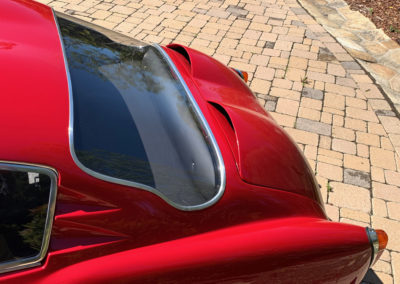 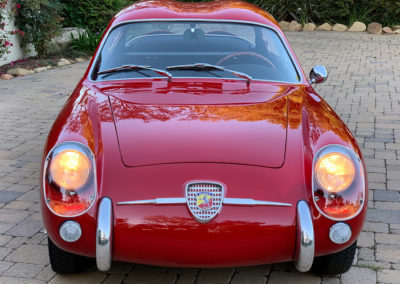 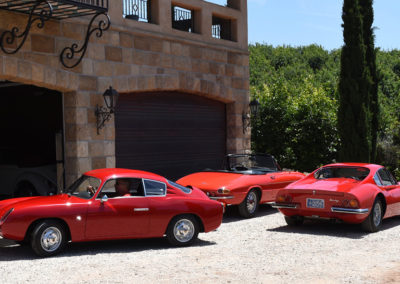 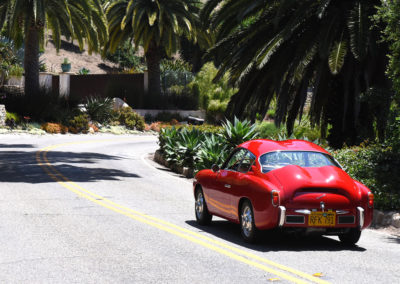 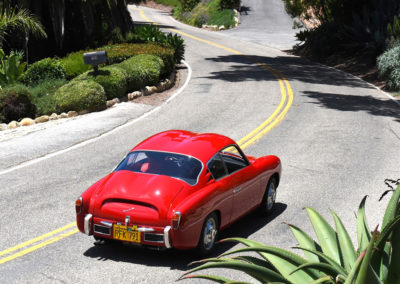 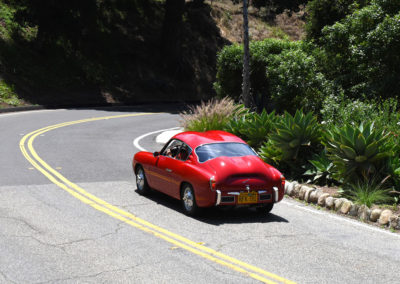 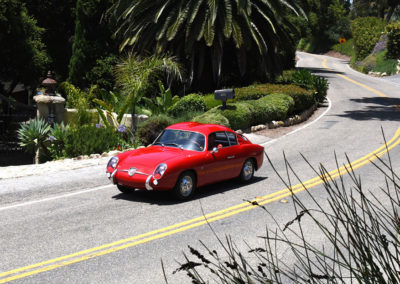